How to Buy A Cow -- by JuJu Harris 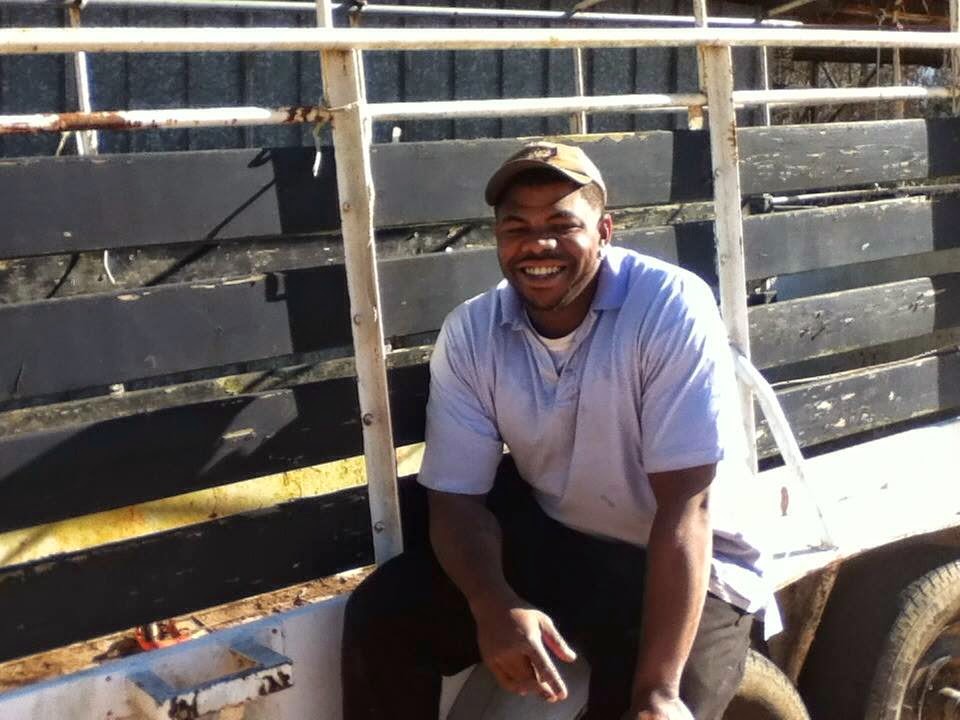 "If she's big and pretty, ain't nothing sucking on her.  She ain't working.  Folks who don't know cattle come to auction, and they want the biggest, fattest cow they see.  But if she doesn't have a big bag, she hasn't had a baby recently."  So said Will Welles, manager of a 100-acre farm near Jackson, MS.  Raised on a farm where his Daddy still has 80 head of Angus, Will cares for hogs, goats, sheep and cattle.  He also passes his knowledge on to his own sons, ages 6 and 8.  "Every year I give them a pig to raise.  Then they can sell it or slaughter it.  You've got to start them working young to teach them responsibility."  As a 9-year old, Will was injured while roping a bull.  "My gramma told me to leave it be, but I thought I could handle it by myself."  The bull charged the horse, which staggered and fell, entangling Will's arm in the rope.  He extends a strong, brown arm to show me the scar on his wrist.  "I broke all these bones in my hand."
Will also drives to a Louisiana slaughterhouse every other week with a load of animals, a 7-hour trip.  He tunes up the rig every three trips.  "A man needs to be a Renaissance man.  He needs to know carpentry, be a mechanic, dose the animals, and manage everything."  The passion that he feels for his work is evident, as he tenderly lifts a sickly lamb or explains the savings he's made by buying feed directly from corn growers."I've been a firefighter and a paramedic.  I've been to college.  But I always come back to farming."
Posted by JuJu at 6:19 AM